We’d like to take today as an opportunity to highlight 5 aspirational creative women we think you need to know, and give them the recognition they deserve!

Having been described as “distinctly unfussy”, Susan has always been known for her intrinsic understanding of User Experience (UX), before the term was even coined! Have you saved a document today? If the answers yes, you’ve probably used a Susan Kare icon.

Women designers are anything but predictable, just look at Sister Mary Corita, the “pop art nun”. Entering a religious order at 18, Corita is now known as a “pop art great”. Her screen prints are layered with cutting messages addressing racism, poverty, and injustice.

Early in her career Homai Vyarawalla’s images were all attributed to ‘M.J.V’, the initials of her husband, and later, ‘Dalda 13’. As the first woman to be a photojournalist in India, it wasn’t anonymity she was after, it was a solution in a time when women were expected to only ever be submissive. Biking around, camera slung over her shoulder, Homai was there to capture the evolution of India’s independence, as well as develop her own.

Attending the Bauhaus, Anni originally wanted to paint. However, her skills in weaving were bred out of necessity, as women weren’t allowed to attend painting, carving, or architecture classes at the time. Anni’s work transformed weaving into a true artform, pushing her pieces to be expressive, iconic, political art.

The Nike swoosh was created by a design student, in need of a little bit of extra cash. That student was Carolyn Davidson. The Nike logo has stood the test of time and has proven that even the smallest jobs can leave a huge impact. 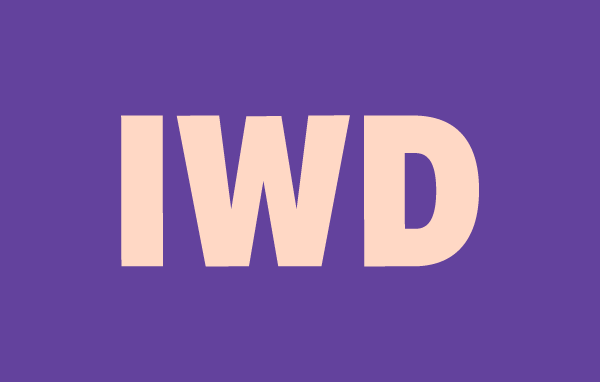