Short Cuts Film Festival is an exciting new film festival in Greater Dandenong. Celebrating and supporting the development of the dynamic local film industry, the festival will present films by an array of artists.

The resulting brand identity appears in a broad range of media including print and digital applications. 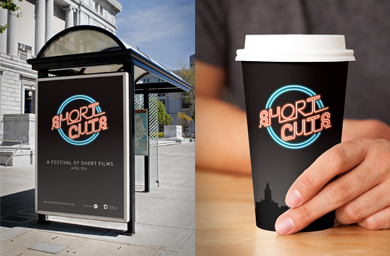